Sites you want to avoid branded mentions on

Sites you want to avoid branded mentions on

Honest review sites are an important and valuable part of the information ecosystem. Yet often search engines amplify what should be a whisper to a scream. Who are the players in the bad news ecosystem? Reputation X studied 1000 people and companies with online reputation problems and here's what we learned.

Consumers implicitly trust most search results. If a bad review is near the top of a search page for a company we're researching we often pass that company by without a second thought. Most people don't click on each result to see what the problem really is - or if it really exists at all. The trust felt for search engines means the mere hint of a negative review in a Google, Yahoo or Bing search result is enough to introduce doubt.

Reputation X studied almost 1000 brands and people to find out which complaint sites are the biggest pain points for people and companies. The list is long, well over 100 sites were mentioned, but some sites are far more visible than others. A level of visibility that eclipses other review sites and tends to skew public opinion. By giving these sites more weight than they may deserve search engines turn what should be a discussion into a bloodcurdling scream.

If you run a business online, or are a person who uses their real name, what complaint and review sites should you be most afraid of? Generally speaking, these are the sites you should fear the most. Around the office we call them "amplifiers".

The above sites and more are those people cite most often. But how do they compare to one another in terms of negative impact on people and businesses? The chart below shows which sites seem to cause the most agony. Note: Some of the sites are not specifically geared toward complaints and reviews but were included in the list because they were of concern to the study participants.

* Other sites include blogspot, local news sites, and sites designed, developed and optimized specifically to attack a person or company.

According to the Denver Post, of the 75% of U.S. adults who Google themselves, nearly half say the results aren’t positive. There is reason to be concerned about this because 85% of U.S. recruiters and hiring managers say positive online content influences their hiring decisions. Bad search results can cost someone a job, a partner, or opportunity for upward mobility. But the stakes can be higher for companies. 65% of Internet users see online search as the most trusted source of information about companies, search results become a huge concern. As you can see in the chart above, some websites have become the go-to online destination for vitriolic out-gassing.

We are hard-wired for bad news

1. Someone posts something negative online

2. Search engines show the title (headline) of the page in results

4. Search engines note the click and up vote its importance

Reputation X gets to see something search engine companies may not - a closer view of the elusive truth. As an ethical online reputation service we have to do our research, and we turn away a lot of prospective clients (anyone on our team can). We've found that a large number of complaints are fake or wildly inaccurate. They're placed by people paid to hurt, people who change their minds but can't change the review, or temporary emotion.

Negative PR from inside and out

Companies hire negative PR firms to attack competition online, lower star-ratings, write anonymous online contributions, and pay "journalists" to pen negative reviews. There are PR agencies that specialize in behind-the-scenes negative press against competitors and political parties. But it isn't just agencies for hire, for example: sometimes even spouses file false police reports that end in mugshots and negative journalism (we've found they generally regret it later when they see what happens to the family finances). The stories of reputation marketing mishaps are many and varied.

There are many honest reviews as well of course. But reviews, even Yelp reviews, are so easy to manipulate, even with new algorithms, that it's difficult to tell fake from real. So far, software hasn't been able to keep up with the malicious intent of smart focused people.

Can you change your name to eliminate reputation problems?

The CEO of Google once predicted in a Wall Street Journal interview that "every young person one day will be entitled automatically to change his or her name on reaching adulthood in order to disown youthful hijinks stored on their friends' social media sites."

In a separate experiment, a new client contacted ten online reputation service companies about solving their problem (after we'd won the project) - in essence, they "shopped" these companies. The client interviewed and collected reputation management proposals from each of the firms. The company's problem was pretty severe, but what really surprised us was that 3 out of 9 online reputation companies surveyed suggested the company change their name.

So it seems that perhaps the best way to improve online reputation may be to run away from it completely. This isn't unheard of, even among internet reputation management companies. In fact more than one has changed its name at least partially to escape their own bad online reviews. To some extent the move worked.

One unfortunate thing we noted is that in todays wired world there are few ways to be both honest and above board and completely avoid online reputation problems in the long run. New companies with big marketing budgets can often outmaneuver established companies in this regard. The people and companies that do avoid bad reviews and complaints online seem designed to camouflage themselves or disappear and reappear under a different guise. They change their names, are owned by nameless entities and appear to be brick and mortar companies but are in fact virtual. During ten years in the reputation business we have found that a very high number of the US-based ones seem to be based in Florida.

Our takeaway has been that good people and companies often get caught up in the negative publicity wars. Even after a person "flames" a company or person online they may begin to feel remorse. Nevertheless, the reviews are often permanent and thus no longer truly represent the opinion of that person. That's right, many review sites don't let users alter their review once their opinion changes.

We've also found that sometimes companies and people deserve bad publicity. Sometimes its a warning that should remain, especially in the case of nefarious fly-by-night concerns out to bilk people. But its getting harder to tell fake reviews, paid negative journalism, and attack SEO from the truth, even for us.

The participants are all people or businesses who have inquired about online reputation management services and have identified the source of their concern. There were just under 1000 participants in the study. The study is not intended to be representative of online reputation problems on the internet as a whole, only Reputation X's experience.

What review sites are the most problematic for your reputation?

If you run a business online, these are the complaint and review sites you should be most afraid of. Ripoff Report. Yelp. Pissed Consumer. Topix. Complaints Board. Law 360. The Dirty. BBB. Scam Book. NY Post.

What is the impact of negative search results?

Whether you run a business or not, you should be concerned about negative search results. Bad search results can cost someone a job, a partner, or an opportunity for upward mobility. They can cost a business revenue.

Generally speaking, a click-bait headline in search results will garner more clicks than a non-sensational one. People are attracted to sensational, emotional articles. Essentially, Google is just giving people what they want to see.

What is negative PR?

There are PR agencies that specialize in behind-the-scenes negative press against competitors and political parties. Negative PR firms will attack competition online, lower star-ratings, write anonymous online contribution, and pay journalists, bloggers, or just about anyone with an online profile to write negative reviews. 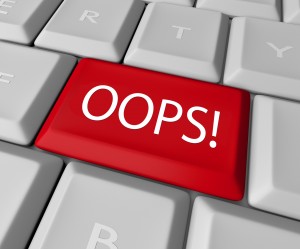 How not to ruin your business' reputation

Foot, meet mouth. We all make mistakes, but with Google some of them will haunt us long after the ... 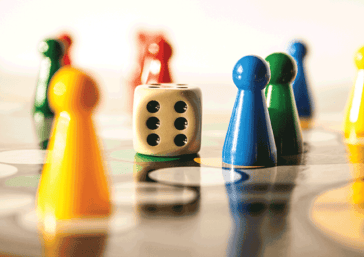 Understanding the costs of a negative business reputation

Corporate reputation refers to people’s collective opinion regarding a corporation or enterprise. ... 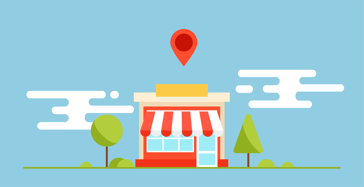