There was a man who worked for the Post Office whose job was to process mail that had illegible addresses. One day, a letter came addressed in shaky handwriting to God, but with no actual address. He thought he should open it to see what it was about.

Thinking with Guts vs. Brains: What is Confirmation Bias? Why do you believe the things that you believe? Why do you defend your beliefs? Why do you like others who think like you do? We like to think that our beliefs are our own, formed from our unique, individual experiences, informed by our own logic, devoid of outside bias. But "confirmation bias" is one factor that quietly pushes us to one side of the fence or the other. In short, people agree with things they already agree with. Why are people so negative? Humans have what is called a “negativity bias” because we’ve evolved to react to threats. Like Google, we’re pattern discovery machines; when something stands out, like a threat, our minds highlight it. Why is the news so negative? Because negativity bias is leveraged by the media to increase profits. The fact is, bad news gets more attention, more clicks, and leads to more revenue for the publication. Google also reacts to this pattern by giving people what they seemingly want - that often means more bad news.

This article will cover: 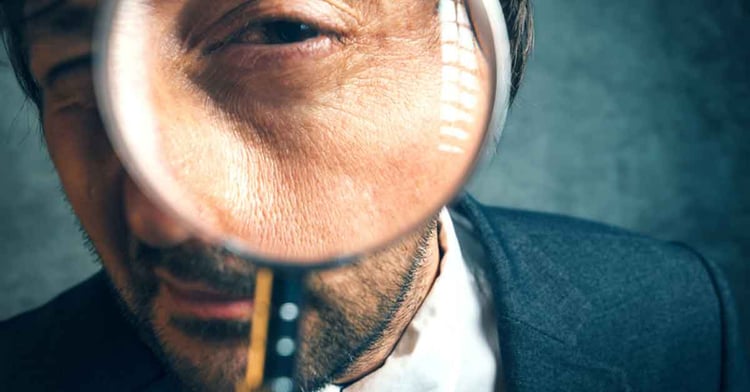 When people are performing a search online for a product or service, they rarely do so in a linear fashion. The path they take often seems random to an outside observer, and when mapped can look like a bowl of cooked noodles.

Augmented reality is a data-overlay over the real world that usually takes place as goggles. But how could augmented reality take the mental-bubble model to extreme limits?

Microsoft recently won a contract with the US Army for augmented reality. This can help peacekeepers and warriors do their jobs more efficiently. But what happens when AR makes it into the everyday lives of regular people? Taking the WSJ's article about the difference between conservative and liberal Facebook feeds a few steps further we could end up with burqa's overlaid over every woman's body through the magic of augmented reality.

Key takeaways Wikipedia will delete a page for a variety of reasons - mainly due to a lack of ... ... Read more

Sites that increase online visibility for executives
by Brianne Schaer

In most cases executive reputation is viewed through the online lens. That lens is most often ... ... Read more

All About Wikipedia Page Protection
by Reputation X

Wikipedia shows up as the No. 1 search result on more than 56% of all Google searches and appears ... ... Read more

What is reputation?
by Reputation X

Reputation is the subjective qualitative belief a person has regarding a brand, person, company, ... ... Read more