There are many services that track changes in search engine algorithms. Most track Google, some track Bing and Google or other search engines. Below are the top SERP fluctuation trackers.

This is an often updated list of Google algorithm updates with explanations about them, who was most likely affected, and other details. It's not a detailed chart that shows SERP fluctuations as you'll see in other trackers below. If you are looking to understand the major algorithm updates in detail then this is a good place to start.

The Moz algorithm update is similar to the SEJ page above. It's not rich on charts, but it does provide rich detail as to which major confirmed and unconfirmed updates have happened in the past. Moz also has "MozCast" that is more chart-like for you visual learners.

MozCast displays their measurement of Google SERP fluctuation as temperature. It also tracks EMD's and PMD's, Exact Match Domains and Partial Match Domains. The temperature reflects the degree of change in the day to day rankings of over ten thousand different keywords in five major cities in the United States.

SEMRush Sensor shows an aggregate score, as well as scores for many different industries as well as SERP feature fluctuations. SERP features include things like snippets, Knowledge Panel, and shopping results. It's a great place to get some industry granularity.

SERPMetrics shows search engine results page fluctuation for both Google and Bing over a thirty-day period.

Algaroo shows SERP fluctuation for Google on a daily basis and shows sites that are either "winners" or "losers". The sites they use as examples are industry-leading bellweathers.

Accuranker has a bit of a sense of humor. The ‘Google Grump’ rating "highlights unrest in Google’s algorithm". But you can also drill down to see algorithm fluctuations in various countries around the world. The fluctuation chart goes all the way back to 2015.

The tracker Advanced Web Ranking uses tracks different countries and devices. It tracks about 400,000 desktop and 200,000 mobile keywords every day.

Rank Ranger measures changes in Google ranking volatility as low, normal, high, or very high. They track about 10,000 domains daily to come up with their measurement.

Cognitive tracks more than 170.000 keywords for both desktop, mobile and local rankings. They randomly select keywords and also provide a brief explanation of the official Google algorithm changes.

How to get a knowledge panel on Google

If you or your brand has a Knowledge Panel you're suddenly "somebody". It's a bit like a Wikipedia ... 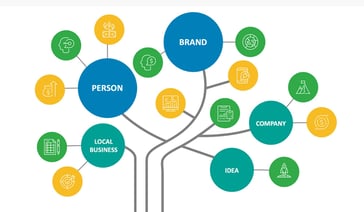 Types of Google Knowledge Panel and How to Get One 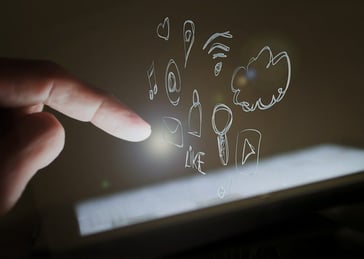 How to change Google Knowledge Panel for the better