What is defamation of character?

What is defamation of character?

There are basically two types of defamation

To pursue legal action in either case, the plaintiff must prove that the defamation was malicious and unfair. A malicious act of libel or slander can only be considered malicious if it was untrue, or if it was put forward without a reasonable attempt to discover that it was true or not.

One recent example of online reputation damage that fits this description is the case of Nadire Atas, who allegedly destroyed the reputations of at least 45 people over a period of many years including one former employer named Guy Babcock. It took many years for her to be arrested by Toronto police where she was eventually charged with crimes including harassment and libel.

As you will read more about later, opinions are protected under the First Amendment from being called defamation.

There is another category of defamation that needs to be addressed: defamation per se. This type of case often leads to monetary rewards and punitive damages being recovered by injured parties. The types of slander or libel include allegations or imputations that injure someone’s trade, business, or profession, are of “loathsome disease” such as leprosy, STDs, or mental illness, unchastity, or criminal activity.

A brief history of defamation

Before the 1500’s, there were various legal proceedings that looked much like defamation, but weren’t held in the same regard by the courts of England. In 1358, a judge collected a large sum of money for being called a traitor in the court of the king, and around the same time there was a precedent for handling cases that looked like defamation.

It wasn’t until after 1507 that defamation became commonly handled by courts of law, where before that time courts mainly took interest in crimes of a physical nature. Offenses like theft and murder were considered truly offensive, but words and slander were handled outside of the court systems.

In America, the development of defamation began before the founding of the declaration of independence in 1776. A case held in American courts in 1735 was possibly the most famous, where a journalist was acquitted for attacking the governor of a colony.

In 1996, the court ruled that if public officials and public figures could demonstrate actual malice, that is, the knowledge that the information put forth was false, they could win a defamation case. This status also regards opinions, as they are separate from facts, so that one cannot be sued for defamation because of an opinion. Thank you, First Amendment.

Although defamation of character is still a widely popular action that public figures take, there has been recent action taken to mitigate some of the willy nilly with which suits are filed.

The Defamation Act of 2013, passed in the U.K. in April 2013, aims to make claims harder to prove by detailing the requirements to prove what serious harm means for the plaintiff’s reputation. If the offensive statement can be proven to be a lie, it had to have also been harmful in order to hold water in the court.

In the U.S., most states require that a statement of retraction be requested from the accused, and only if the accused (the defendant) does not produce such a statement will the case proceed.

The harm must have actually happened, as well, not just estimated to happen based on the libel or slander. This is generally the hardest part to prove, as it must be definitive that the harm was caused specifically by the defendant's acts.

If you want to find out how you can protect your reputation online, we're experts on the subject. If you want to pursue a defamation case you'll need to speak with an attorney (we aren't lawyers, but we work with them regularly).

How can I sue someone for defamation of character?

To pursue legal action, the plaintiff must prove that the defamation was malicious and unfair. A malicious act of libel or slander can only be considered malicious if it was untrue, or if it was put forward without a reasonable attempt to discover that it was true or not.

While it is possible to build a good reputation on top of bad character, there is much that can go wrong in this situation. Even if you depict yourself as a stand-up citizen, your true character, or that of your business, will likely surface sooner or later. And when it does, you might be in an even worse position.

Set up a free consultation with Reputation X today.

What is reputation?
by Reputation X

Reputation is the subjective qualitative belief a person has regarding a brand, person, company, ... ...

Hiding your identity when editing Wikipedia articles
by Reputation X

Highlights: Anyone can make changes to Wikipedia, but that doesn’t mean you should. Wikipedia uses ... ... 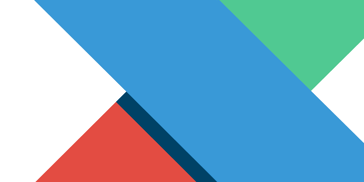 Reputation is the subjective qualitative belief a person has regarding a brand, person, company, ...

Character vs. reputation - which is more important?

What is more important? Who you are or who people think you are? How closely are your character and ...

How to remove personal information from Google or the web

In a perfect world, removing your information from search results would be as easy as dropping a ...