No matter the size of your business, there will most likely come a time when you will face a PR crisis. Sometimes the problems might not be due to your actions or even real. Whether it's on account of an internal misstep, external misunderstanding, or even the changing tide of social acceptance, there are lessons that can be taken from bigger companies and the way they have handled their own PR issues.

While you may not have the budget they do, you can still learn from the core strategies used by these companies when faced with adversity.

There are times when not only does an apology need to be made, but quick action and changes within the company need to be implemented. This will not only be a major step toward fixing the issue but demonstrates to customers and the public that the company is aware of the problem and wants to make it right.

A classic case was the famous Tylenol poisoning. In 1982, seven Chicago area people died from cyanide-laced painkillers. Copycat tampering also occurred around the country. The maker of Tylenol, Johnson & Johnson, quickly pulled 31 million bottles from shelves and stopped production and advertising of the product.  They offered a $100,000 reward for information on the person who did it, but the culprit was never caught. 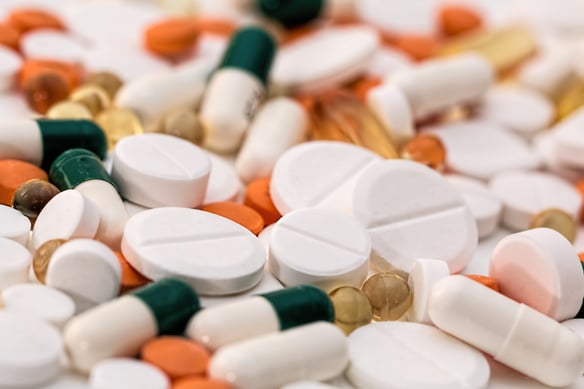 Johnson & Johnson redesigned bottle packaging, implementing tamper-proof caps with triple safety features. This not only demonstrated the company's seriousness and dedication to the safety of the public but went on to revolutionize the industry and how it packaged its products. They also offered coupons and discounts, as well as publicizing their efforts. With these actions, they once again gained the trust of the public.

Sometimes the changes a company makes aren't just about the product but how they interact with the public.

In 2008, a Philadelphia Starbucks manager asked two Black men that had not ordered anything to leave the store. When they explained they were waiting for a colleague and didn't leave, the manager called the police, and the men were arrested and held by law enforcement for several hours, but released without being charged. News of the event spread like wildfire.

After the incident erupted on social media, Starbucks Chairman Howard Schultz apologized. “I’m embarrassed, ashamed. I think what occurred was reprehensible at every single level. I take it very personally, as everyone in our company does, and we’re committed to making it right.”

In addition to the apology, Starbucks closed all 8,000 of their stores and gave their staff of 175,000 employees training in racial bias. For Schultz it was a necessary move. “It will cost millions of dollars, but I’ve always viewed this and things like this as not an expense, but an investment in our people and our company. And we’re better than this,” he said.

In both cases, quick action showed the companies' dedication to the problem and their customers. Instead of stonewalling or brushing off the issue, their quick action and visible changes not only demonstrated their dedication but went a long way to save their reputation in the midst of a major crisis.

Sometimes the best way to address a problem is with a little bit of humor. Admitting in a humorous light that your company has made a mistake can humanize your business. Everybody knows what it's like to make an error and poking a bit of light-hearted fun at yourself can go a long way.

KFC used humor in 2018 when they ran out of chicken in Great Britain and were forced to close 800 locations temporarily. The shortage of poultry was due to issues with their suppliers, but customers didn't care why they couldn't get their favorite food; they just wanted their chicken. Some even went as far as calling police about the closures.

Turning to humor, KFC took out full page advertisements with a prominent image of their famous logo. However, in a tongue-in-cheek admittance of their failing, the company rearranged the "KFC" to express a well-known expletive. This demonstrated not only the frustration of their customers, but KFC's own shortcomings, but in a highly humorous way. The company won praise for their light-hearted approach from customers and marketers alike. After the supply issues were fixed, locations reopened and all was back to normal.

In 2011, a Red Cross social media employee accidentally sent out a Tweet about their drinking exploits on the organization's official Twitter feed. It was up on social media for about an hour before administrators pulled it down, but it was too late. The Tweet had been seen, retweeted and went viral.

With a wink, the Red Cross joked it was done drunkenly. Even the beer company mentioned in the initial Tweet got into the act and laughed about it online, urging their customers to donate to the Red Cross.

However, humor might not always work and definitely should be used carefully. It depends on the situation and how your stakeholders may respond. In the Red Cross example, it was obviously not about a tragedy or serious event, thereby the humorous approach was successful. In fact, it probably worked for that exact reason; being able to be funny in an arena that usually didn't allow the Red Cross to be light-hearted.

When the truth is on your side, stand firm... with evidence

Sometimes a company finds itself in a situation that not only isn't their fault, but is completely untrue. This is a time when you may need to stand your ground.

In 1993, Pepsi faced claims that syringes were found in 50 of their Diet Pepsi cans. The company was adamant that it was a hoax and they went on the offensive. With the FDA on their side, Pepsi used evidence to show the world the claims must be untrue and stood their ground. They released videos showing the canning process and why it was not only safe but impossible to have occurred at the source. As the investigation intensified, the company even found and presented store surveillance video of a woman in Colorado placing a syringe in a can.

Soon arrests were made for filing false reports and the uproar was shown to be a hoax, as the company had maintained from the beginning. Throughout the entire event, Pepsi sales fell slightly but recovered in less than a month.

While the truth may be on your side, as a business owner make sure you are completely sure you are correct. But do not be afraid to hold your position and explain the truth using all resources you have.

Get ahead of the crisis early

When Under Armour became the official supplier of the US speed skating team for the 2014 Olympic Games, it was a position countless companies would have loved to be in. Under Armour spent millions of dollars not only on marketing but on the development of a special performance suit for the team, even collaborating with Lockheed Martin on the design.

Yet when the Olympic team turned in their worst performance in 30 years, there were those who placed the blame directly on the sponsor. Under Armour got ahead of it and showed everything about how the suits were made, the technology used and the testing process.

The company explained how they were working with the Olympic team to address any issues. They also showed testing times and qualifiers where the team had top notch results using the new technology. Plus, instead of dropping the sponsorship, at the time, Under Armour extended it for eight more years, showing their dedication to the team.

By being transparent and quickly showing not only their process but full support for the team, Under Armour has gone on to be one of the premier sports apparel and gear companies in the world. Instead of letting the narrative develop around them, they grabbed hold and showed the story behind the scenes.

Be compassionate when communicating during a crisis

Often people see companies as large, soulless corporate entities. When tragedy strikes, all too often a press release is put out or maybe a media spokesperson gives a brief statement. It can come across as an empty gesture, simply done to fill the gap of information or worse, to deflect liability or blame.

In 2014, a Virgin Galactic test flight broke-up in mid-air and killed one pilot and seriously injured another. Virgin founder Richard Branson immediately went on social media to offer his sincere condolences and praised the “brave pilots and families of those affected.” Not stopping there, he blogged several times over the next few days about the crash and held a press conference openly sharing what was known about the tragedy as the investigation continued. During the press conference, he became emotional and answered questions from the media but also pushed back against some of the more heartless inquiries.

By showing genuine compassion and how he was personally affected by not only the accident but those who reached out to him in support, Branson humanized the company. It proved to the world that he really felt and joined in their suffering and wasn't just an emotionless corporate executive.

Often the best approach to a PR crisis or dissatisfied customers is to be human. Share their issues and respond in kind. Often they just want to be heard. While you will hopefully never face a crisis as tragic as Virgin Galactic, the lesson is the same. People want to be treated like human beings and will respond to compassion.

While each example is definitely a different crisis and the responses are also unique, the unifying thread is to be quick and honest. Don't avoid responsibility if you are at fault and don't try to hide information. If you have a good reputation with your stakeholders, your true actions will shine through and people will be willing to give you a second chance. 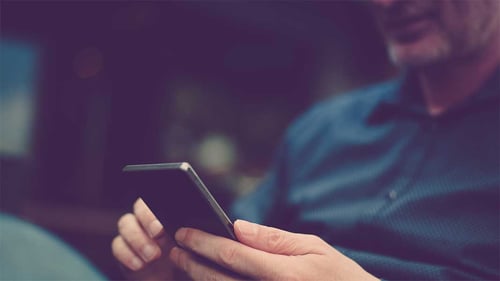 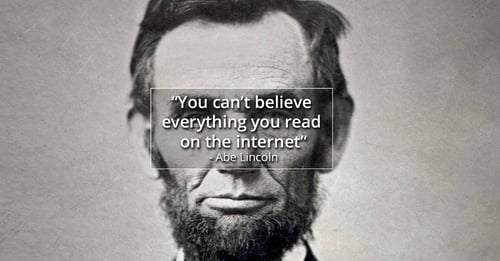 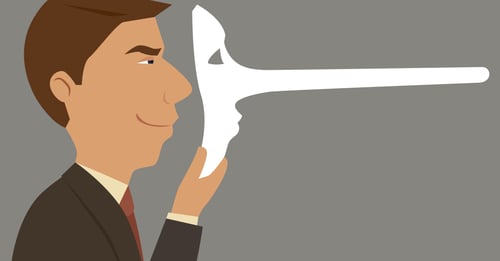 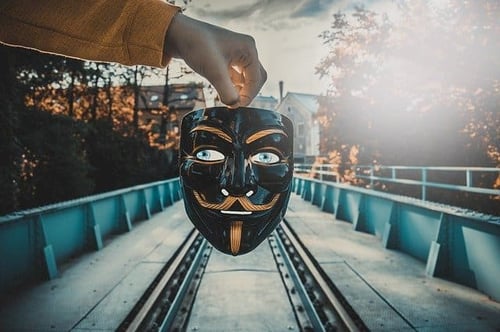 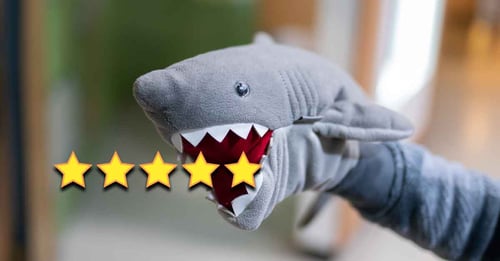 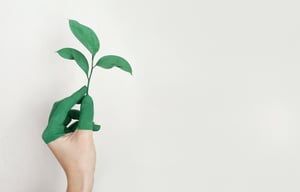