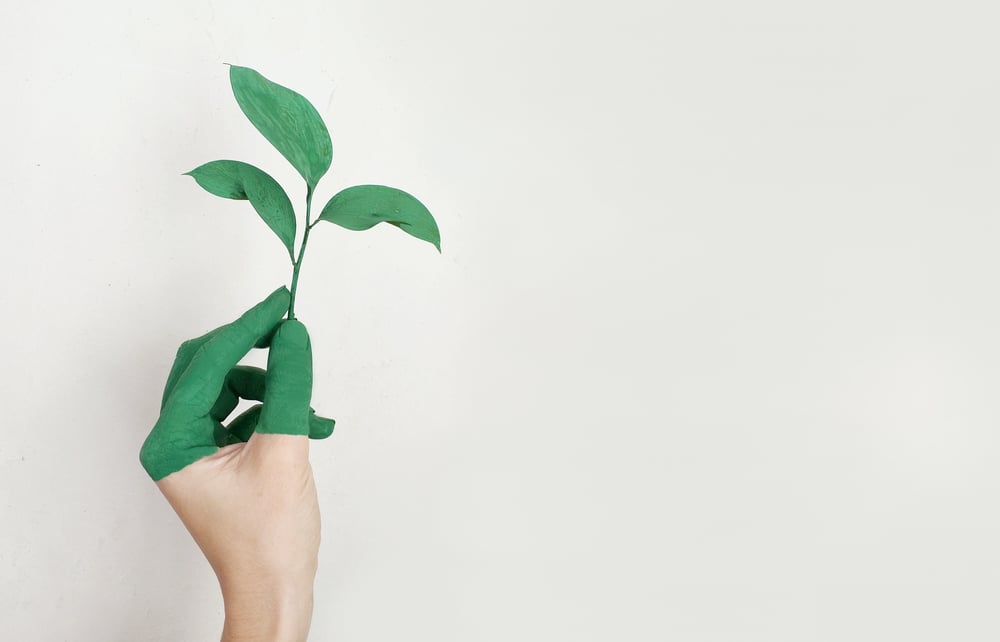 More than ever, consumers expect companies and brands to take a stand on environmental issues. They want companies to have sustainable practices and approach their business with ethical environmental policies.

While many companies are striving to implement and expand green practices, there are brands that merely pay lip service to environmental issues. Worse than that, there are companies that stretch the truth or outright lie about what they are doing when it comes to sustainability. This is called greenwashing, and not only should consumers watch out for it, but business owners also need to make sure they aren't falling into the trap or they risk more than just their reputation.

Greenwashing is when a company makes claims that they are taking steps to lessen their brand's impact on the environment, but in reality, are not, or worse, covering up damaging activities. This practice can range from misleading statistics or advertising to complete untruths or lies to the public.

The term greenwashing has been around since the 1980s, used by a journalist in an article calling out hotels who were claiming to be helping the environment by urging customers to only use one towel during their stay. In reality, while they touted it as an environmental measure, the practice really only helped hotels save money on laundry while presenting them as champions of a burgeoning green movement.

Over the years, more companies have used advertising to claim they are making great strides to help the environment, when in reality, their efforts were minimal at best and at times covering up greater misdeeds such as straightforward environmental pollution. 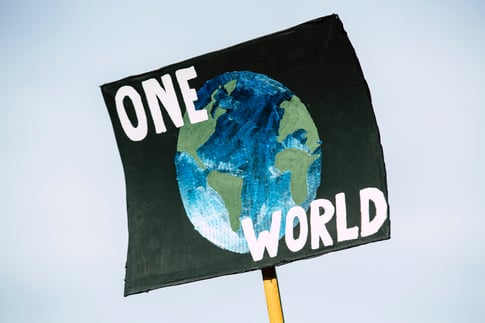 Don't believe everything you see

One of the most common types of greenwashing is when a company uses imagery that gives the appearance the business is environmentally friendly, but in reality, that's all it is. The appearance.

Some companies may put pictures of lush grass, clean rivers, and other green-related images on their products or advertising to present a positive environmental spin. However, they still may have practices that do little to help with environmental issues if not actually cause outright damage.

One of the most prevalent uses of this is in the bottled drinking water industry. While the water companies use images of beautiful meadows, glaciers, and crystal clear streams, the industry is one of the largest producers of one-time-use plastic bottles. With 50 billion water bottles sold every year in the United States alone, it is estimated over 400 metric tons of plastic waste are produced annually, with 10 million tons ending up in the oceans. 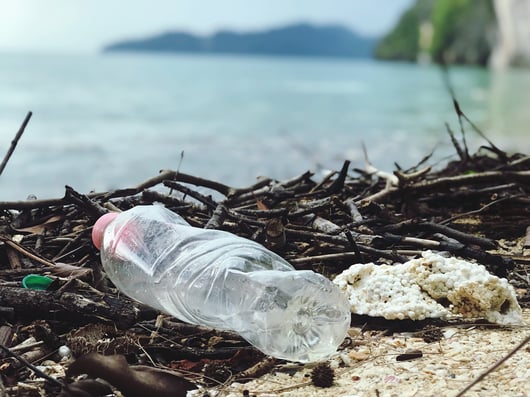 European airline Ryanair is another example of using imagery joined with false statements. They not only claimed that they were the lowest emission airline in Europe, they created an advertising campaign with green fields, flowers, and other images to promote the belief. In reality, the airline was named one of the EU's Top Ten Carbon Emitters. Ryanair was quickly challenged, and their claims were proven wrong. The airline was immediately forced to remove the advertisements.

Words can be misleading

Sometimes companies will simply use buzzwords such as eco-friendly, all-natural or cruelty-free to make you feel like their product must be environmentally friendly. The terms are vague and mean different things to different people without being legally regulated. The end result is that you feel better about buying their product, which is exactly why companies use them when greenwashing.

Another term that gets thrown around a lot is recyclable. Just because the word is used doesn't mean it's accurate. For example, you may have a product with various parts but only some of them are recyclable. Even though the company places the term on the packaging, it may be near-impossible to separate the recyclable parts, and the entire product will be sent to a landfill. However, the company will still call the product recyclable, and this leads consumers to believe they are doing their part for sustainability.

The good news is there are laws being enacted to make claims of recyclability clearer and punish those who misrepresent them. However, a lot of recyclable items still end up in landfills.

The statistics don't add up

It has been known that some companies will use false or misleading statistics to support the environmental friendliness of their products.

According to a EU study, 42% of green claims were exaggerated or false. In more than 50% of cases, companies couldn't provide facts to back up their statements about their green efforts.

Often numbers to support green claims are created by the company themselves or entities that in truth are being supported by the corporation. Be wary of self-produced statistics that aren't supported by independent agencies. This can be what is called astroturfing. 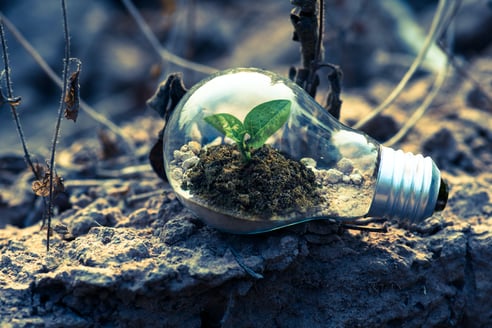 A companion to greenwashing, astroturfing is usually a message or movement presented as fact, public opinion, or scientific research. A company may create what is known as "fake grassroots" movements or may infiltrate already established groups to manipulate statistics or present itself as an environmentally conscious company.

Often companies will mask who is paying for the research or statements. This can also be a way to push back against environmentalism or other progressive issues. This often surfaces as what are thought to be organic social media posts that are in reality, sponsored by corporations.

Walmart was embroiled in such a scandal when a series of social media posts and a blog were created about two people traveling across America and visiting store locations. At first, the posts appeared to be done by two unaffiliated individuals, but eventually it was discovered that the campaign was paid for and developed by Walmart and its public relations firm. The goal of the campaign was to counter anti-Walmart sentiment as well as push back against union efforts and public support in their bid for representation.

Another classic corporate example is Gatorade and their Sports Science Institute. Founded in 1970, the group was created to provide information about dehydration and other sports related issues in support of the drink. The Gatorade-funded institute has come under extreme fire over the years about the validity of their research and the impartiality of their findings. Some experts have made accusations that the information coming out of the group has done a great deal of harm to youth, creating a misunderstanding of hydration and adding to the obesity epidemic in the United States and elsewhere.

Probably the most prevalent and often called-out greenwashing offenders are fossil fuel companies. Exxon has been accused of continuing to pollute and lobby to change environmental laws in their favor while putting up a facade of caring about the environment.

One of the most well known examples of straight-up lies was Volkswagon. In 2015, the car company was busted for faking emissions test results. As the scandal unfolded, it was discovered that the company had installed software that falsified emissions numbers on millions of cars, which Volkswagen initially denied but finally confessed to doing. The admission eventually led to the chief executive quitting and billions of dollars in fines and numerous investigations.

Other companies have claimed that their attempts at environmental activism were genuine, but misunderstood.

As public support for paper straws grew, fast food giant McDonald's announced they would be using the practice in their establishments. This brought a great deal of public acclaim that the brand was leading the way in environmental sustainability. However, it was discovered that the straws were not recyclable and the company continued to use other plastic products such as cup lids. While they claimed they were giving consumers what they wanted and supporting sustainability, in the end, the company was accused of merely appearing to care about the environment for the profits and a positive public image.

Even the clothing industry has fallen into the trap. Termed "fast fashion" by critics, companies such as H&M tout environmental clothing and recyclable fabrics, however by some counts 90 percent of the garments end up in landfills.

There are limited laws around the use of many of the terms connected with green products, and for those that are, there's often a lot of wiggle room for companies. There are outright illegal actions, and the FTC does pursue law breakers, but often it's more of an issue with what the public thinks certain terms mean and how companies can find ways to spin their claims, entering into gray areas of understanding but not breaking the law.

In the poultry industry, the words free-range and organic are thrown around quite freely, and the definition of what they mean can be very subjective. As for free-range, it merely means that chickens have access to an outside space. While the public often has an idyllic vision of the term, regulations don't designate that they must use the outside space or even how much space must be provided.

Hormone-free is another example. Often poultry companies will tout their product as being hormone-free, as if it was better than a competitor. The truth of the matter is it is illegal for any chicken producer to use hormones in their product and it has been for over 50 years. When they encounter the term, the public likes what they hear, but usually doesn't realize they are being presented with something that they perceive as a good deed, even though it's a legal requirement. Companies are hoping the public will give them their dollars for simply following the law.

There are cases of false green advertising and misleading the public being pursued legally, but usually, these enforcements and fines are few and far between. Often companies settle with government agencies, and with billions of dollars to spend on legal teams and public relations, the bottom line for a large corporation is that it's worth the risk or potential legal issues in pursuit of profits from a public that desires sustainable practices.

Why you shouldn't greenwash

In addition to potential legal issues, if you get caught greenwashing, especially if you are a smaller company, it can do great harm to your business's reputation, and it may be irreparable. You will lose the trust of your stakeholders, both inside and out.

Obviously, your customer base will suffer. People will not believe in your brand, and they will migrate to other companies they do feel they can trust. Your competitors may also use your actions to their advantage, touting themselves as the true environmentally sensitive company or brand. The public is also very vocal when they discover unethical actions and will flood review sites and social media with their findings.

In addition, you may see damage within your business. Most employees want to work for a company they believe in and will not want to be part of something false. You may see a loss in your workforce and will find it difficult to hire new employees as they become aware of your negative reputation.

How can you avoid greenwashing as a business owner? 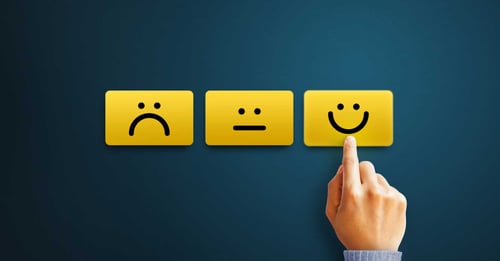 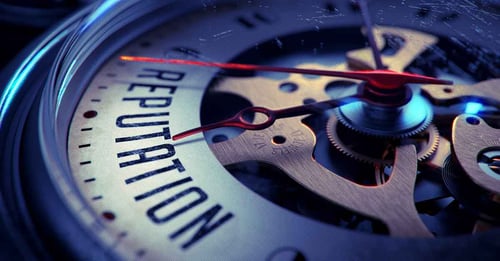 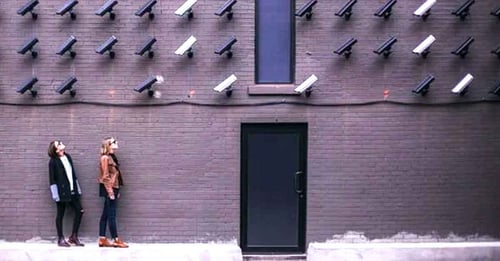 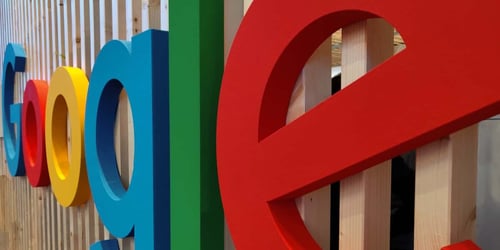 How to Remove Personal Data from Google 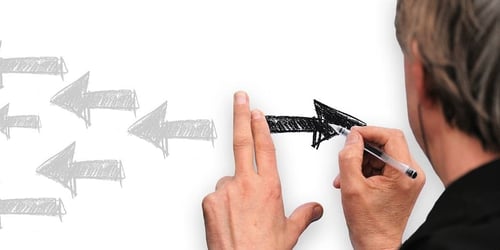 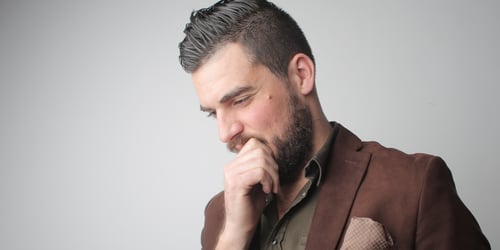 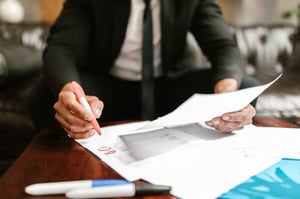 What is an ESG score?