Updated on November 9, 2021 by Brianne Schaer

In this article: Google makes it easier to remove photos of minors from search, Facebook and Netflix face reputation crises but handle them differently, and Instagram adds pro-small business features just in time for the holiday season.

Here's a roundup of what's changed:

Google introduced a few new changes like continuous scrolling on mobile search results and a tool for easier removal of photos of minors. Instagram removed its follower count threshold for using Stories link stickers, which means small businesses can better promote their brand during the holiday season.

Facebook’s rebrand is the latest example of bad PR

Mark Zuckerberg announced that Facebook has changed its company name to “Meta.” Meta will serve as the parent company brand of Facebook, WhatsApp, Instagram, and Oculus VR in an effort to “bring the metaverse to life and help people connect, find communities and grow businesses,” according to Meta’s press release.

Facebook is under fire following the release of the Facebook Papers, a series of internal documents that show Facebook’s leaders repeatedly chose to ignore the harmful effects of the app for the sake of its corporate image and profits. This is just the latest in Facebook’s saga of scandals, including ​​privacy breaches and election interference.

Rebranding to Meta may be an attempt to avoid the reputation disaster that Facebook has created under the guise of creating a utopian Metaverse. But will it work? Here’s what a few experts had to say about the rebrand:

“Facebook's problems are too numerous to list, and so he is pitching products that don't exist for a reality that does not exist in a desperate attempt to change the narrative as it exists in reality, where we all actually live.” — Jason Koebler, Vice

“As the company is confronting some of the harshest and most undeniable criticism in its troubled history, it is attempting to douse a PR fire with a costly rebrand instead of doubling down on investments in safety, security, and integrity.” — Carolyn Tackett, Thomson Reuters Foundation

“With ‘Meta’ and the broader plans he outlined last week, Zuckerberg has essentially declared that he wants to dominate life itself. He wants to do so totally, pervasively, constantly, and commercially.” — Siva Vaidhyanathan, Slate

If you’re anything like the rest of us mere mortals who haven’t reached 10,000 Instagram followers, you’re in luck. Instagram recently opened its Stories link sticker to all users. This is a huge asset for any company that promotes itself on Instagram.

Here’s how to add a link sticker to your Stories:

Dave Chappelle’s latest Netflix special, The Closer, caused controversy because of his jokes about LGBTQ+ groups. The trans and LGBTQ+ community was quick to backlash, and Netflix employees staged a walkout to voice their concerns.

Despite the backlash and threats to “cancel” Netflix and Chappelle, Netflix co-CEO Ted Sarandos stood up for the comedian’s creative freedom while admitting that he could’ve handled internal communication regarding the special better.

Here’s what he said in an interview with Variety:

“Obviously, I screwed up that internal communication.” He continued to say, “We are trying to support creative freedom and artistic expression among the artists that work at Netflix. Sometimes, and we do make sure our employees understand this, because of that... sometimes, there will be things on Netflix that you dislike.”

Google announced a new tool that makes it easier for anyone under the age of 18, or their parent or guardian, to request the removal of their images from search results.

These are the steps for removal:

Google may request additional information for removal. Remember that removing content from Google’s search results doesn’t remove it from the internet. We recommend also contacting the site’s webmaster to remove content at the source.

Google is rolling out continuous search listings, which means you won’t have to click to load more search results anymore. Studies show that most people find what they’re looking for within the first 10 search results, but we are curious to see whether a continuous scroll affects how deep into search results people will venture, and what this means for search result suppression campaigns.

Google Ads announced a few new features designed to improve ad performance by better managing conversions. Conversion goals work at the account or campaign level and tell Google Ads which business goals each campaign should be optimized for. This will improve reporting and allow advertisers to quickly understand their ad performance and make adjustments accordingly.

“Reputation X removed a Ripoff Report from the second position on the first page of Google search ...

There are many ways to remove content from search results. Sometimes it can simply be removed ... 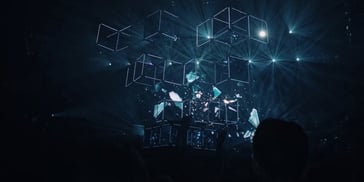 In this article: About half of business listings include inaccurate information, Apple and ...