Brand Authenticity Basics: 8 Tips to Win Your Customers Over and Make Your Brand Shine 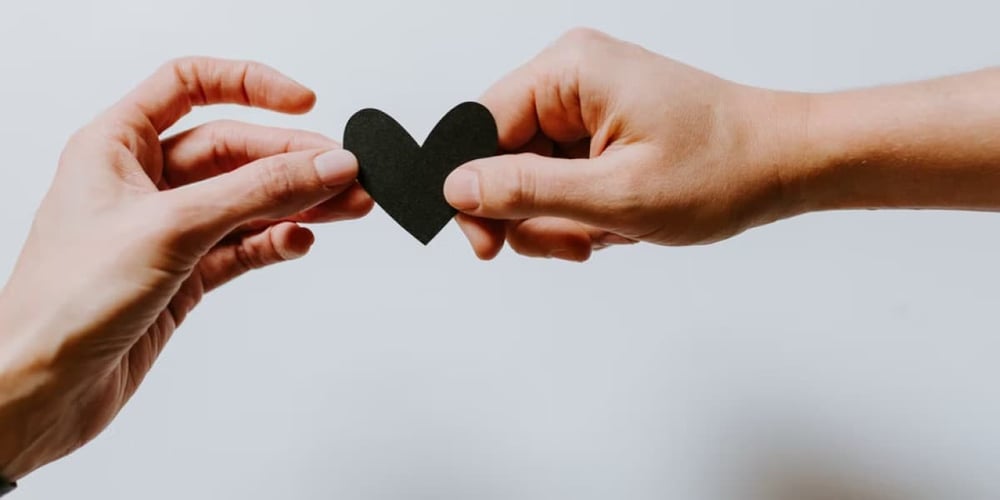 Until recently, it was enough for a company to sell great products. It didn’t matter too much about the identity of the company behind it. Sure, some brands had adherents because they were watchwords in quality, so people could often stick with them for life. But in terms of what the company got up to behind the scenes, it was of minority interest at best.

Then along came two things. First, ethical consumerism. Second, what gave ethical consumerism the launch into space was the arrival of the internet. With the web, people were able to inform themselves quickly and easily about the practices behind their favorite brands. Suddenly, the ethics of production became important, especially to younger consumers.

Of course, the internet has worked in favor of companies, too; it’s provided them with the means to sell themselves to consumers at a velocity beyond the wildest dreams of retailers from previous ages. But with this tremendous power has come a need to appear sincere. Consumers are savvy now regarding corporate tactics, so this sincerity had better either be authentic or an excellent facsimile of such.

Brand authenticity has been defined as follows:

“The extent to which consumers perceive a brand to be faithful and true toward itself and its consumers, and to support consumers being true to themselves.”

Put more simply, brand authenticity refers to a feeling that a brand is to be trusted. This has come to denote two chief characteristics.

What are brand ethics

Brand ethics can cover raw material sourcing, manufacture, distribution, and disposal and incorporates environmental, inclusivity, and welfare mattersk. Ethical consumerism is a growth industry. It’s a reaction to the cynicism that has been directed at global capitalism’s all-out pursuit of profit. The combination of product acquisition with a feel-good ethics vibe is a heady consumerist concoction.

It’s not just important to stand for something. It’s important that all your communications reflect this. If your business is all about supporting the industries of indigenous tribes in the Amazon, don’t suddenly post a social media message that seems to back a business associated with rainforest clearcutting. Wherever the touchpoint, the message must be the same.

So, now we know about brand authenticity, let’s see how you can use it to generate more interest in your brand.

A growing number of consumers are showing an interest in something beyond acquiring more products. It’s becoming important for them to use their purchase dollar to support companies that have an ethical palette that’s in harmony with their own.

For example, there’s been significant growth in environmentally aware consumerism, inspired by the mismatch between apocalyptic forecasts and the ability or willingness of governments to do much about them.

Also, some companies run an awards program as part of their marketing and to give back to the community. A recognition program helps build authority and credibility because you're rewarding others for doing well. Your business raises awareness and influences other brands to positively affect the community.

2021’s PWC Global Consumer Insights Survey reported a rise of 10-15% in the numbers of consumers considering environmental factors when making a purchase, compared with their survey of 2019. It’s now the case that 51% of consumers think about sustainability when considering whether to buy a product.

Now that companies are more visible in all their many, and sometimes shady, practices, they have to pay more attention to how they come across at every stage of their activities.

If a phone company is involved with an unscrupulous party, sooner or later, this is going to come out, and consumers will act. They have the information and the product range to easily seek alternatives. So companies have to shape up, and, in among dealing with the usual practical questions like “What is a VoIP number?”, they need to ensure that they’re ready for ethical inquiries too.

Once you have your ethical priorities established, it’s a good idea to set them down, written constitution-style, so that all concerned can refer to them no matter what part of the company they work for. You can even make your list of principles public so that consumers can pick up on it.

To return to the phone company, among FAQs, such as “What does SIP mean?” there should be “Why are our systems good for the planet?”

The Body Shop has a good example of this approach in the “Our Purpose” section of their website. It’s a business that was set up with certain very strong principles by its founder, Anita Roddick, who was something of a commercial and visionary powerhouse that consumers felt an affinity with.

The company has gone through changes since being sold to L’Oréal in 2006, but it remains true to the intentions of the late Ms. Roddick, who features in a shot on the page. 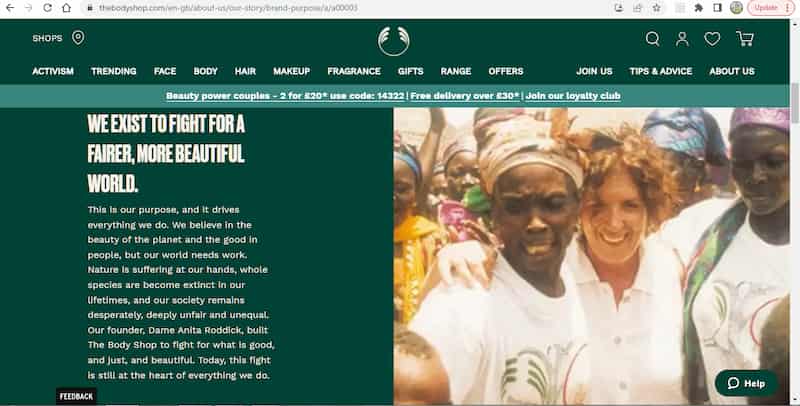 The aim is to give the idea that, although in many ways unrecognizable from the company in its early days, it still holds dear the very tenets that Anita Roddick espoused.

It’s imperative that your company uses one voice. All brand stakeholders need to speak the same language. This has become ever trickier but ever more important with the proliferation of commercial channels that put consumers in touch with a business.

You have to be sure that whichever channel your customer uses, and at every stage of their journey therein, the company has to prioritize the same values and speak with the same tone. Nothing ruins trust like inconsistency. If your business is unable to extend a single identity across all its facets, then consumers will start to doubt its integrity.

Don’t just think about the tone of voice. Also, consider appearance - logo and branding are hugely important in establishing consistency.

Consistency is where the formulation of a written set of values is very helpful. If all departments have a copy to refer to, hopefully, they’ll remain on message. Where this goes awry, for instance, an ad made by an agency with little reference to the company's core identity, there’ll be brand dissonance. Customer disloyalty will result.

A great example of an ad that’s totally on-message is this from Patagonia:

The ad text encourages consumers to buy second-hand clothing in a bid to combat the perils of over-consumption. This goes well with its sustainability credentials.

The genius of the ad is that it’s a bold statement that chimes with the company values, as well as resonating with customers. At the same time, it does actually (for all its wording) push a nice-looking jacket. And it worked - Patagonia continues to be economically buoyant.

Be careful that, while you’re conscientiously adhering to your core values, you don’t treat your customers as anything less than the shrewd individuals they’re likely to be. A very widespread example is the huge number of minority archetypes that have been flung at advertisements.

While the inclusion in mass media of any under-represented sector of society is to be welcomed, there’s a danger that, if not done well, it will look as though it has been prompted by a wish to look “woke” rather than actually stemming from a heartfelt desire to promote certain groups.

Ad makers may wish to collaborate with the groups in focus rather than see how they’d like to feature rather than going for a wholesale dash for inclusivity, which can look inauthentic, and, well, a bit late. 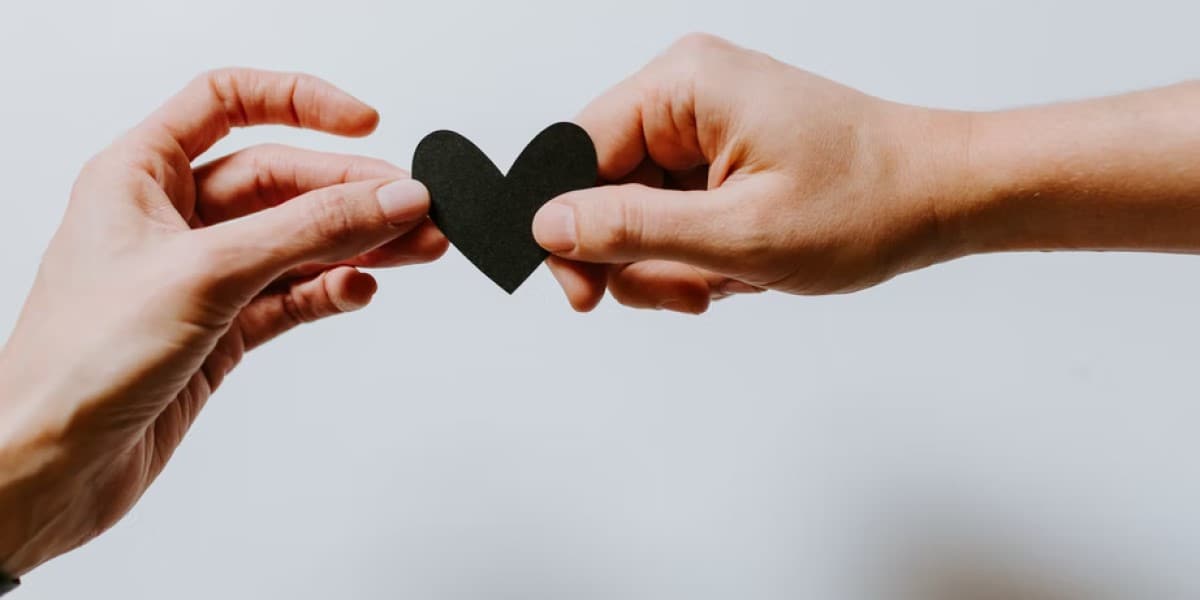 A classic marketing mistake is to set about promoting your products when you don’t have a firm idea of who you’re talking to. You need to generate a firm concept of your customer and how your product can make their lives better.

You can do some of this with intuition - e.g., fishing rods are likely to be more of interest to a senior customer who’s into the outdoors than a young adolescent who’s into gaming - but you can, of course, glean more information with consumer research. This will change in the forthcoming world of cookie-less tracking, but insights will still be available.

There is a multitude of ways you can reach out to customers and establish a clearer idea of who you’re selling to. Technology is helping - an innovation such as a business card with a QR code can do a great deal to facilitate interaction.

Once you’ve got more of an idea of who you should be directing your communications to, you can then seek to establish relationships based on a manner of communication that chimes with your customer type, as well as, of course, including the factors that contribute to authenticity.

The best relationships are, of course, those that prize two-way communication, which leads us to the next point.

Reach out to your customers. Ask them for feedback. Learn from them. Turn your content pages into vibrant content hubs. To be able to solicit and take on board input from another is a very positive trait, and this is especially so in business. Your company will benefit from the influx of ideas and, almost as importantly, will look good too.

How do you go about encouraging conversations? Well, this is what social media was invented for, so use those avenues for all they’re worth and get those phones buzzing:

Do remember, too, that where your company has become the victim of less than helpful conversations or has fallen foul of a competitor’s attacks, there are means of restoring your company’s reputation available.

This is a hugely important and growing element of marketing. Consumers tend to like material that’s been made by those seen as similar to themselves. This, in essence, is what brand authenticity is all about.

Ads based on UGC show four x higher click-through rates compared to more conventional varieties. For this reason, UGC is becoming much more widely used than ever before, with great examples abounding. Take #MyMonsoon. Clothing retailer Monsoon saw its click-through rates rise by 14% when it instituted the hashtag for consumers to show themselves in their new outfits. 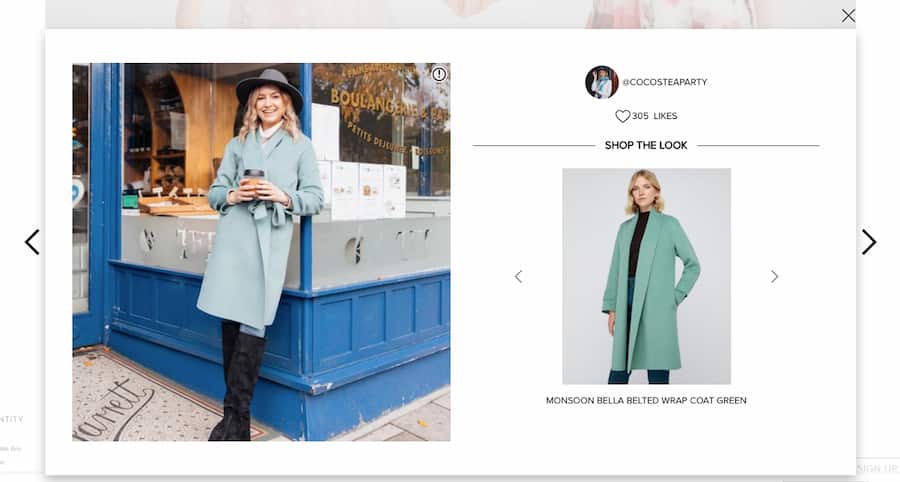 Always crucially important. We’ve touched on how cynical consumers tend to be, and there’s a readiness to leap on any uncovered dishonesty with an air of “I knew it.” It’s often the case that apparent authenticity is perceived as purely a marketing gimmick, hence the joy when this is revealed to be so.

You need to be one step ahead. Do your best to instill integrity throughout your business. And should the worst happen, and your business be found to be doing something it shouldn’t be, release a full and frank apology. And do your best to make amends.

If that means a change in tack, a full reversal of policy, a whole bunch of new investments, or a big fat donation to a cause, do it, and do it quickly. Apologies have to be timely, or they don’t count.

Brand authenticity is a popular commodity. But don’t fall into the trap of employing it just to turn a profit. Consumers will spot this a mile off. Decide what you stand for and how you want your reputation to look, and get your entire business on board. Then go into the market with the good news that the product people want is made and supplied with the authenticity people crave. Go forth and spread the word. 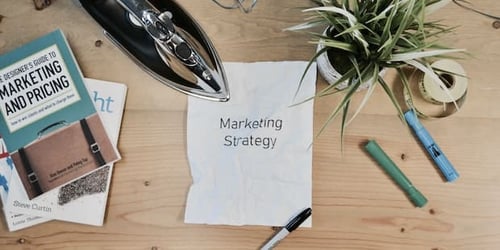 What is Context Marketing? 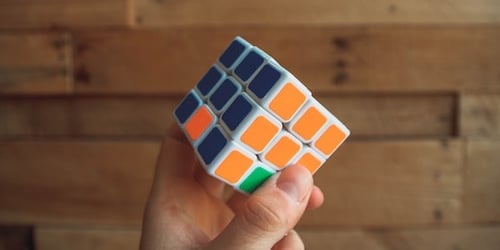 How to Develop a Strong Business Communication Strategy 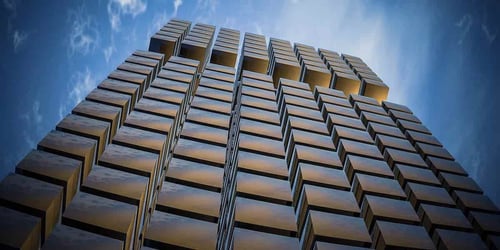 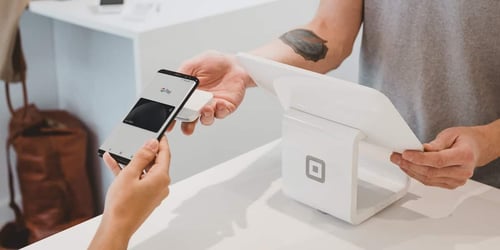 How to Increase Your Business's Customer Loyalty 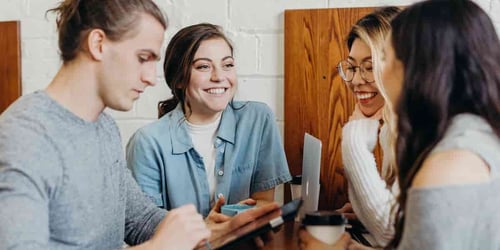 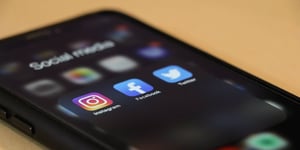 How to Use Dashboards to Manage Multiple Social Media Accounts