Streisand used the American legal system to attempt to suppress the images. This included cease and desist letters and other public actions. Sometimes unintended consequences happen due to operations intended to be covert. Blowback is any unwanted, and often unseen effect. Originally coined by the CIA, Blowback is similar to the Streisand Effect.

Astroturfing occurs when an entity attempts to develop grassroots support where little to none exists. The unintended consequences of astroturfing can include blowback. When politicians hire people to act as demonstrators in order to create an air of dissension, it is astroturfing. Online, astroturfing is more commonly revealed as fake reviews, the opinions of paid bloggers, and planted news articles intended to alter how the public perceives a person, company or brand.

What triggers the Streisand Effect?

In a nutshell, anything that is made a big deal of can become a bigger deal. The Streisand Effect is sometimes triggered by legal activity around suppression or obfuscation of information. In the original example, Barbra Streisand had her attorney issue cease and desist letters which triggered the avalanche of public press. The image had apparently only been viewed six times at that point. Her law suit against the California Coastal Records Project began a media avalanche that went viral because her actions were seen as harmful to freedom of speech by many. In the end, the image was viewed millions of times. Even though the case was later thrown out, Streisand's privacy had been far more compromised than it would have been had she not brought the suit in the first place.

Even Google can be the subject of the Streisand Effect. For example, recently they removed the Google Glass Facebook page as well as other references online. Immediately the internet noticed and fingers flew across keyboards with articles being posted online at a fierce rate. The removal of information caused it to become even more noticeable.

Examples of the Streisand Effect

Glenn Becks search results returned "Glenn Beck Murder" back in 2009 due to the appearance of a website calledGlennBeckRapedAndMurderedAYoungGirlIn1990.com (no longer active). Glenn Beck sued and the internet responded with a really creepy video about Glenn Beck. The video is still up because parody in a non-commercial use is legal.

The Streisand Effect can even happen to Beyonce. After some unflattering photos of Beyonce appeared on Buzzfeed, her PR team politely contacted Buzzfeed asking that better images be used. Instead of complying, Buzzfeed posted the request online. Remember, Buzzfeeds entire purpose is to attract viewers, the letter was their ticket to viral stardom. The internet responded of course, in a very unflattering way.

Whether it be nice letters or threats of defamation, the internet loses their mind at even a whiff of censorship. People seem to feel that all information should be free. And in this post-privacy era where online reputation is more important than ever we all walk the razors edge when trying to gain some control over our lives online.

The Streisand Effect is when the action of suppressing something to reduce or remove visibility causes the opposite to happen. Similar terms include blowback and astroturfing.

Blowback is the unintended consequences that occur when attempting to suppress or remove visibility of an event.

Astroturfing is when an entity attempts to develop grassroots support where little to none exists. When politicians hire people to act as demonstrators in order to create an air of dissension, it is astroturfing. Online, astroturfing is more commonly revealed as fake reviews, the opinions of paid bloggers, and planted news articles intended to alter how the public perceives a person, company or brand.

In sales there is a method known as "predictable revenue." It's an outbound sales method of ... 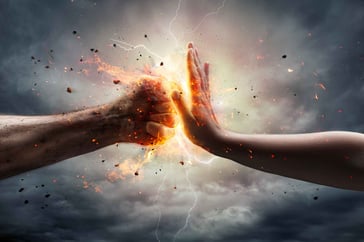 How to strengthen online brand before a crisis

Strong search results can stave off negative online content by making it more difficult for the ... 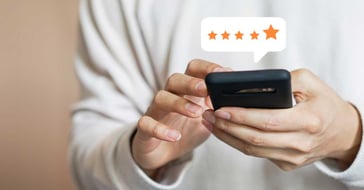 When a brand wants to improve its online reviews and ratings, the right strategy will make all the ...