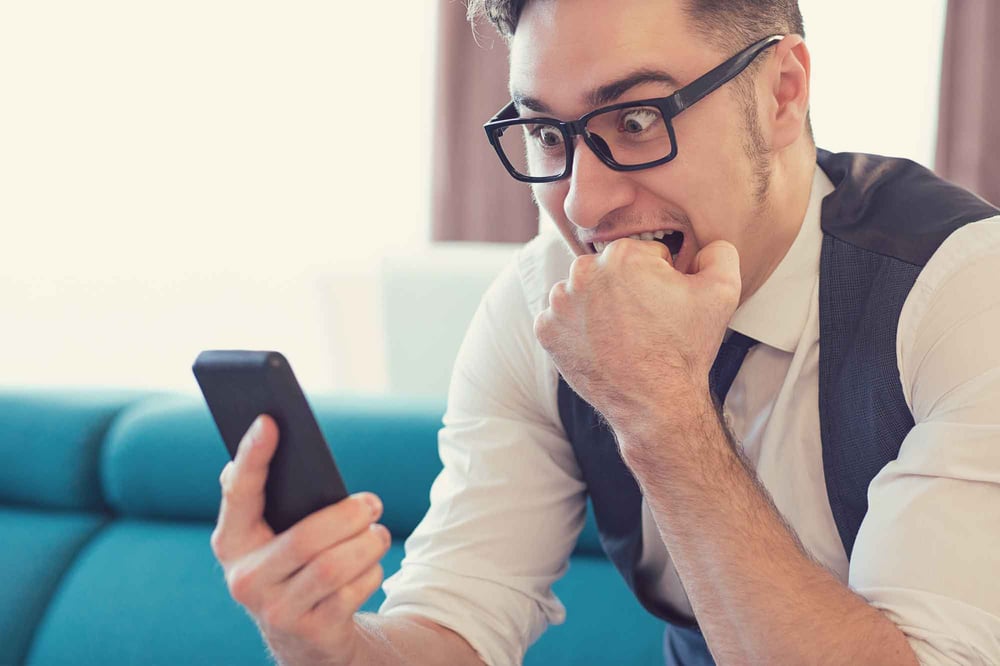 Can you imagine how it felt to be the Chief Marketing Officer at Oxfam after their deputy CEO, Penny Lawrence, resigned because of a sex crimes scandal? If the first word that enters your mind is “stressed,” that’d be an understatement. A serious CEO scandal can mean the ruin of the reputation of an entire company, not just those at the top.

Unfortunately, situations like these are neither rare, nor unheard of in the corporate realm. Some of the world’s largest and most notable brands – powerhouses many believed to be indestructible – have collapsed under the scrutiny brought on by business scandals. It’s not far-fetched to say that business reputation damage of this magnitude, if improperly managed, can be irreversible. Yet, on a regular basis, almost like clockwork, we hear stories similar to those of Harvey Weinstein and Bill O’Reilly, whose careers (and companies) are now plagued by controversy.

It’s easy to become distracted by the disgrace associated with these stories, but why not learn from the misfortunes of these once-successful and untouchable leaders? It’s like that old saying: “Those who do not learn history are doomed to repeat it.” If there’s anything these stories are great for, it’s not only laying the groundwork for what not to do as the authority figure of a well known business, but also to teach the importance of a solid reputation management strategy.

With that in mind, here’s a run-down of some of the worst, cringe-worthy CEO scandals in recent history:

Few business scandals are as perplexing as that of Harry Stonecipher, the former CEO of one of the world's largest aircraft manufacturing companies. Stonecipher, who emerged from retirement to take over the company reins in 2003, decided to take over the position after the previous CEO, Paul Condit, was forced out for illegally possessing a competitor's classified documents. You would think Stonecipher would have taken a more cautious approach, after seeing his precursor leave on such foul terms, but he decided to ignore the affair.

Skip to a few years later, and the mogul was also forced to resign; in 2005, after information regarding an affair with a Boeing employee began to circulate, Stonecipher became the center of attention. Unfortunately, the board felt Stonecipher's actions went directly against their code of conduct, leaving him with no other option than leaving his position. This is an example of why it pays to learn from the mistakes of your predecessor.

Steele is a classic case of a media industry executive meeting their demise due to a sexual harassment case. After an employee made claims against him in a blog post (without using direct names), Vox Media decided to further investigate the claims. Shortly after, it was announced that Steele was being permanently dismissed from his position.

Later, it was disclosed that multiple women witnessed and experienced inappropriate conduct while in Steele’s company, which ultimately led to him being discharged from the corporation. Vox Media immediately began implementing some damage control, banning alcohol from its holiday parties, and hiring a new female CEO. In the coming months, Vox will need to invest in online business reputation management and continue to monitor their brand, if they stand a chance of putting the past behind them.

The former Chairman and CEO of Fox News was hit with a media windstorm on July 6, 2016, when a female news anchor filed a sexual harassment lawsuit against him. The news anchor, Gretchen Carlson, claimed that she was dismissed from her position, after refusing to engage in sexual activity with Ailes. Needless to say, the resulting business reputation damage was devastating and continued to snowball out of control, shaking the news channel to its core. Even Fox Network star Megyn Kelly spoke out, confirming that she, too, had experienced sexual harassment by Ailes.

This head of entertainment giant Amazon Studios was suspended – and eventually quit his job – after an online story was released, accusing him of sexual harassment. The accuser? A woman by the name of Isa Hackett, who worked as a producer on one of Amazon Studios’ television shows. To make matters worse, the devastation for Price was not limited to just the shame of a public business scandal; his fiance called off their wedding, shortly after the story was published in October of 2017.

There hasn't been a whole lot of news regarding Price in recent months, who seems to have retreated quietly to the shadows. Amazon Studios decided to bring about change by hiring NBC's Jennifer Salke as Price's replacement. While one of Amazon’s senior vice-presidents, Jeff Blackburn, released a statement saying that “Amazon does not tolerate harassment or abuse of our employees or our business partners.”, whether or not they can overcome their tarnished public image is yet to be seen.

The world of sports erupted in 2015, when Larry Nassar, the doctor for the United States’ Olympic gymnastics team, was accused of sexual abuse. At first, two young women came forward to share their accounts of abuse they’d experienced at the hands of Nassar. However, it wasn’t long until multiple other female athletes came forward.

In an especially repugnant case, due to the nature and ages of those involved, the public was outraged to see Nassar’s actions extend even further; the FBI would go on to find 37,000 files of child pornography on a computer that belonged to Nassar. Ultimately, this resulted in him being convicted of a federal pornography charge and having to register as a child sex offender.

In cases like this, it’s highly improbable that individuals like Nassar will make a comeback. The U.S. Olympics, however, has done a fantastic job at implementing  reputation repair. They have publicly denounced their repulsion over Nassar’s misconduct, and worked diligently to rectify the situation within their organization, including the forced resignation of the entire USA Gymnastics board.

If Jack Welch’s story serves to teach us anything, it’s that even the highest, most senior executives aren’t immune to a business scandal. After 30 years at the helm of General Electric, Welch was blindsided, when the news began reporting information about his affair with Suzy Wetlaufer. Luckily, Welch had just retired from his position as CEO the year before, so the affair itself did not directly impact General Electric.

However, in conjunction with some questionable, past business practices by Welch and Suzy’s high-profile job, as the editor of Harvard Business Review, the story generated quite a bit of buzz. Welch’s personal brand took a huge blow, and although he is now married to Wetlaufer, his professional life is much quieter. During the next few years, it may be worth Welch’s while to suppress negative search results connected to his name.

Pacelle’s case is different from the others on the list in one very distinct way: despite being accused by multiple women of sexual misconduct, Pacelle was able to hold onto his job as CEO, even after the board met and took a formal vote. Many were surprised to see Pacelle retain his role, but the tides quickly changed, as several of the organization’s premiere donors threatened to pull their contributions if The Humane Society didn't take action against Pacelle.

Eventually, Pacelle cracked beneath the mounting force, and he resigned from his position in February of 2018. The Humane Society took a similar course of action as many other companies on this list, and replaced Pacelle with a female CEO. Coincidence? We think not.

Multiple reports alleged a culture of sexual harassment at SoFi headquarters. When an executive assistant came forward with her story, armed with text messages as proof, she blew the lid off the proverbial barrel of monkeys.

Laura Munoz hoped her vulnerable exchange would serve as a catalyst for change among higher-ups, including CEO Mike Cagney. Instead, she was offered $75,000 to leave her position with SoFi.

Within a few months, 30 SoFi employees had come forward to validate Munoz’s testimony and speak out against Cagney, who was dismissed from SoFi. The business reputation damage was done; the New York Times, among others, ran exposés. Amid the controversy, it’s no surprise that Mr. Cagney stepped down from his position of CEO.

Unless you've been hiding underground in a nuclear bunker, you've heard about Uber, the car-sharing company that has created a drastic stir in the transportation industry. And, if you've been paying attention, you've also likely heard about Travis Kalanick, formerly the CEO, who was accused of sexual harassment by a former employee.

The story first circulated as the result of a blog post by a former female engineer, which how she was treated while working for the company. The blog post set into motion a series of unfortunate events at Uber.

First, it was revealed that several Uber employees visited a brothel in South Korea, during a business trip. Then came the dismissal of over 20 employees, followed by the release of the company’s senior executive in Asia.

When all was said and done, the destruction seemed insurmountable. To compound matters, a self-driving Uber test car recently fatally collided with an Arizona pedestrian.

Everyone in the American travel industry is familiar with the name Steve Wynn. After all, his resorts raked in a grand total of $4.5 billion in revenue during 2016 alone. The year before that, when the film “Paul Blart: Mall Cop 2” was released – featuring Wynn Las Vegas as the principal location – awareness of the tycoon’s empire was extended to an even younger generation. But sadly, Wynn’s profitable resort chain isn’t the only thing he is recognized for these days, as Wynn was also the subject of a sexual misconduct investigation.

Allegations came from a former massage therapist, who would meet with Wynn in his office, as well as multiple other employees who felt pressured by the mogul to perform sexual acts and accept sexual advances. In the end, Wynn resigned from his position, and there are rumors circulating that he will be selling off his remaining shares in Wynn Resorts. As of the writing of this article, Wynn maintains the allegations are all false, and that the entire scandal was orchestrated by his ex-wife, despite the fact that she vehemently denies she had anything to do with Wynn Resorts or the accounts of employees who worked there. According to Del Gabor, a brand consultant, Wynn resorts may be able to beat this bad rap if they “double down on the values the name implies — luxury and once in a lifetime experiences — and distance themselves from Wynn the person.”

Reeling from (and dealing with) scandal

In the end, every business is susceptible to CEO scandals. For public relations and marketing officers employed by the above companies during those contentious events, the stakes were, and still are, high.

As scandals unfold, and continuing during the aftermath, damage control must be a priority. When reputation damage occurs at such catastrophic levels, even the most seasoned of professionals can use some extra assistance. Online business reputation management tools have proven to be essential assets, helping employees who are left to pick up the pieces, while minimizing online retaliation against the brand itself.

Can reputation management help a company overcome a CEO's scandal?

Online business reputation management tools have proven to be essential assets, helping employees who are left to pick up the pieces, while minimizing online retaliation against the brand itself.

What is reputation management? 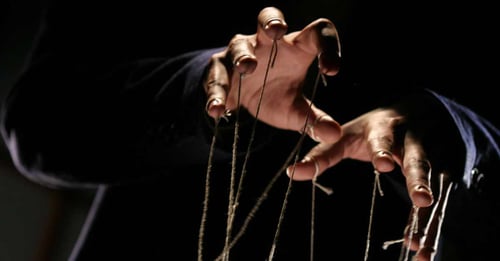 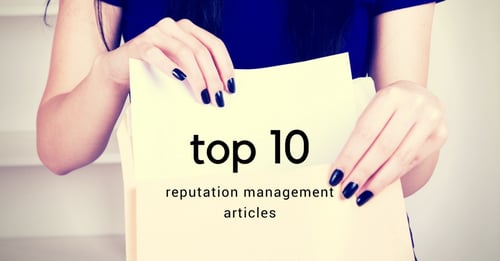 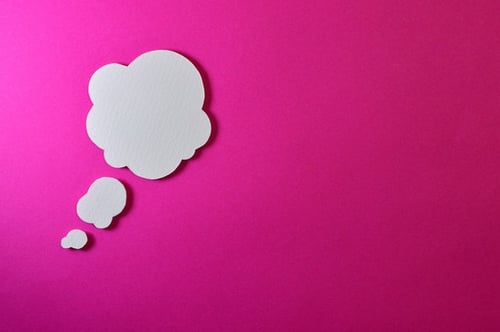 The basics of reputation management theory 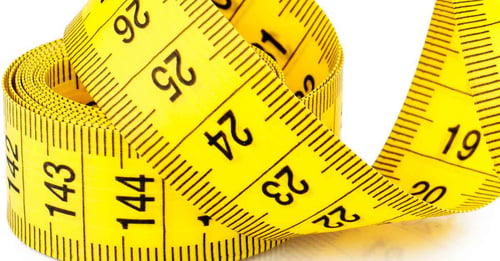 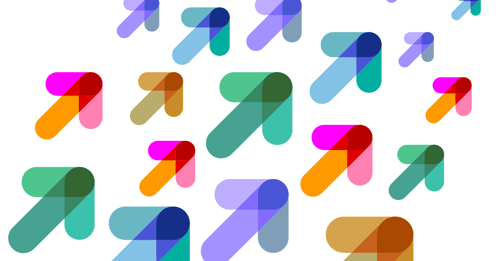 Content marketing spend – Getting max ROI from your budget