Many people and companies qualify, but do not yet have a page.  But once an entity qualifies by having enough notability, the next step is to create the page. But how do you get a Wikipedia page? Well, don't get ahead of yourself, before you start, here are four things to consider.

We've also provided references to further reading at the bottom.

Every day, Wikipedia takes down about 1,000 pages. Who removes Wikipedia pages? People and bots. The bots have fun names like ClueBot NG and Huggle.

But why do Wikipedia pages get removed so often? Because editors make mistakes, mainly around notability requirements or spamming. This article, while not exhaustive, answers some of the biggest questions about qualification for a Wikipedia page that won't be deleted (probably).

1. Is your brand notable enough for Wikipedia inclusion?

At its core, Wikipedia strives for reliability. Are there articles written about your brand or about you? A Wikipedia page about a person requires the person be notable. Many people and brands believe they are notable enough, but aren't.

An article where you are just mentioned or quoted isn't usually good enough. Articles about you need to be *about* you as the main subject. This type of article could be an interview, a biography, or an article by a reasonably well-known author.

Certain subjects within Wikipedia have their own special guidelines. These are called Subject-specific notability guidelines.

Quality is important - so is quantity.

It takes more than one reference to make a Wikipedia page. Far more. For example, a biography of a living person (we're assuming if you're reading this you are alive) requires web references for most, if not all, facts presented. Wikipedia editors are very picky about this.

For example, a statement like: "John Smith is the CEO of Acme Roadrunner food and was born in Ventura, California on July 5th, 1964." would ideally require one or two solid and verifiable references about those facts.

Acceptable references could be public birth records on a government website, an article about John Smith in a well-known and respected publication, etc.

An example of this would be Elon Musk's Wikipedia page, which has numerous references. At least one of the references is to Wired.com, a well-known tech publication.

Primary sources cannot be used for new Wikipedia articles (usually). According to Wikipedia, a primary source is original material that is close to an event, and is often an account written by people who are directly involved with the subject. A self-published website about you or your brand is not acceptable as a reference.

Examples of a primary source would be the subject's own website, a press release by the subject, proxy statements, patents, etc.

3. Do the references themselves have a Wikipedia page?

A publication with its own Wikipedia page is generally trusted, but not always. Take Fox News for example. In August of 2020, Wikipedia stopped calling Fox News a reliable source. To quote Wired:

Still, in most cases the existence of a Wikipedia page for a publication means it can be considered reliable.

You cannot use weak or "bad" reference sources for Wikipedia you want created. Bad Wikipedia references include the following:

For a more exhaustive list, with explanations, check out this article.

Wikipedia rules essentially say that you should not create your own Wikipedia page. Doing so would be considered a conflict of interest. From a practical standpoint, it's difficult to write your own Wikipedia page anyway because, let's face it, it is hard to be objective about oneself. Self-written pages have a certain "smell" to them. They tend to be taken down because of this.

But here is the big reason you should not publish your own page. If you write your own Wikipedia page, and it gets taken down, it is very difficult to get a new page - even if you do it right the second time. Why? Because it will be flagged.

Wikipedia is a knife fight. The person or persons who took it down will almost certainly be watching. So even if you are concerned about false information on an existing article, think twice before doing it yourself. 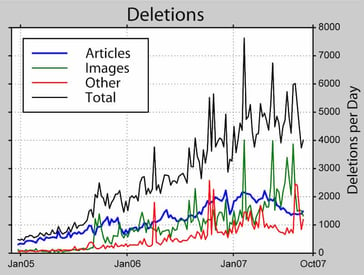 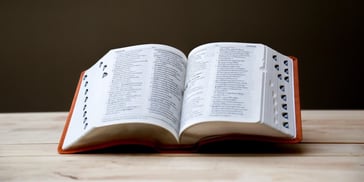 Key insights Wikipedia has its own culture. Knowing the jargon will help you navigate the online ... 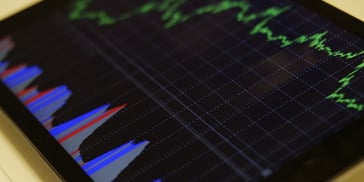