If you are a citizen of the EU, Right to Be Forgotten might help you clean up your past. If you are a US citizen it won't help.

If you live in the European Union or Argentina, you can use Right to Be Forgotten. In 2013, the European Court of Justice began to consider the right to be forgotten a human right. This means that, in certain cases, details of events can be removed from search engines.

The Right to be Forgotten is the right to remove private, personal information from Internet searches and other directories under some circumstances. It is a component of the EU General Data Protection Regulation and has applied to citizens of the European Union and Argentina since 2006.

Imagine that, in your past, you were in a financial slump. In order to avoid bankruptcy, you held an auction on a property you own, along with many of your things. Because you are a person of influence and fame, the auction is publicized on the internet and becomes a top search result for your name. Although many years have gone by since then, you cannot put it behind you because it is still included in search results.

What does the "Right to be Forgotten" forget?

A case similar to the situation described above actually happened, and the court ruled in favor of the individual because the interference with the right of data protection of the individual could not be justified by the economic interest of the search engine.

The court ruled that information included in the Right to be Forgotten, for the purpose of data processing, must be:

These criteria sound vague, and it seems that the European Court of Justice knows it. They have stated that each case must be reviewed individually to be balanced against freedom of expression of the media and the public right to know. 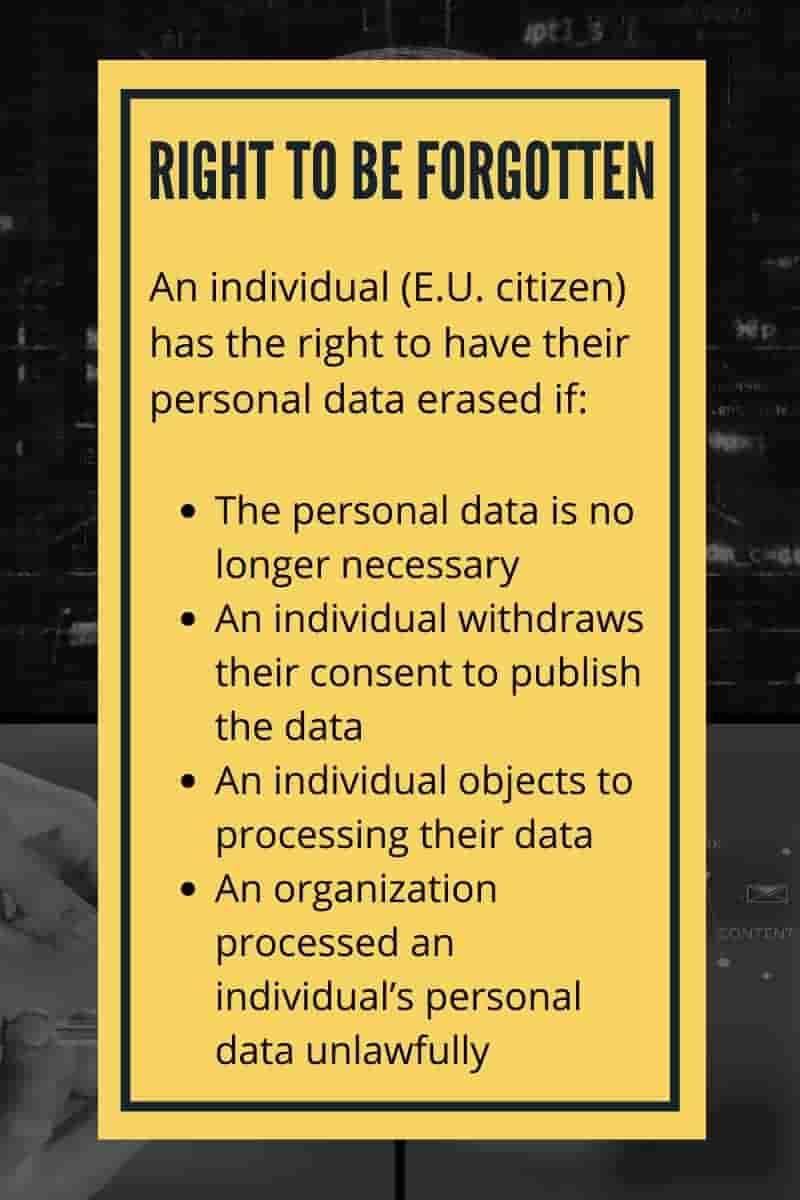 The role of the person involved in the case is also taken into consideration. Each fundamental right must be balanced against the others so that no individual right topples the rest. It's important to keep in mind with the Right to be Forgotten that there are clear limits setup to keep it in check.

Do Americans have a Right to be Forgotten?

Citizens of the United States do not enjoy the same type of laws that members of the European Union do. There have been a few cases in recent history that have been ruled in favor of some form of the Right to be Forgotten, but there is no hard and fast legislation that supports it as a human right in the US the same as it does in the EU.

A 2015 study conducted by Benenson Strategy Group returned the results that 52 percent of Americans strongly support some form of the Right to be Forgotten. There may be wide support for a Right to be Forgotten in America, but as of right now it is not supported by law.

Right to be Forgotten FAQs

Right to be Forgotten is a law that mandates Google to remove search results from their index under certain circumstances for citizens of Argentina and the European Union.

What information can be removed by Right to be Forgotten?

Each case must be reviewed individually to be balanced against freedom of expression of the media and the public right to know. For the purpose of data processing, the information must be inaccurate, irrelevant, and inadequate.

Does Right to be Forgotten apply to Americans?

Although there is wide support for a Right to be Forgotten in America, as of right now it is not supported by law. 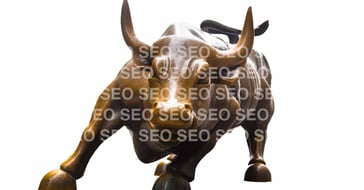 Online marketing and SEO for the financial services industry is often heavily regulated by entities ... 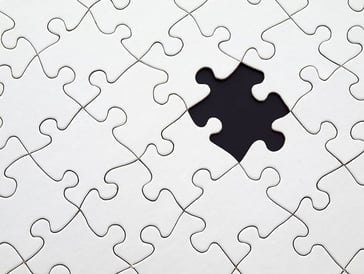 You may want to know how to create a Wiki page for your company, but if you can't (most companies ... 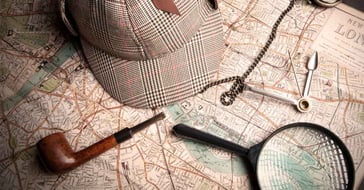