Why are people so negative? Humans have what is called a “negativity bias” because we’ve evolved to react to threats. Like Google, we’re pattern discovery machines; when something stands out, like a threat, our minds highlight it. Why is the news so negative? Because negativity bias is leveraged by the media to increase profits. The fact is, bad news gets more attention, more clicks, and leads to more revenue for the publication. Google also reacts to this pattern by giving people what they seemingly want - that often means more bad news.

This article will cover:

Negativity bias and the chemical romance

Many studies have tried to delve deeper into the anatomy of human behavior, and many of them have succeeded in establishing a set of parameters and triggers that make us perform certain actions. Many people believe that the key to understanding individual behavior lies behind unwinding the intricate web of chemical receptors and neural interface in our brains. If the action performed results in a right set of chemical stimuli, we are more inclined to repeating that action and create a Reward system. After all, all we want is to feel good. Feeling good means protecting ourselves from threats, and to do so we must identify bad things. Unfortunately, we’ve become pretty good at it over time.

Although still widely debated, this question has sparked some interesting research, and even more interesting results. The general consensus is that people will do all in their power to maintain their current state and stay on the present course in their lives. Change can be potentially hazardous, as it make us reevaluate our previous actions. There is danger in change.

And as it turns out, people have a number of what are called "cognitive biases." The Nobel Laureate Daniel Kahneman first addressed these, one of which is known as negativity bias. Negativity bias is the tendency to give far more attention to negative details than positive ones and the confirmation bias, which is our tendency to selectively look at information or see information that confirms our preexisting notions. All of which are fine, except that our preexisting notions are typically negative, and therefore, we’re reconfirming our negative expectations.

No news is exactly that - no news

Media editors find it hard to create a clickable headline from the fact that “John Doe is fine and dandy for the 3578th consecutive day and nothing is new.” Negativity sells stories. And we find no deeper satisfaction in knowing that Jon Doe broke the record in being ordinary. There is a much better reaction from the fact that something awful happened, there was a plane crash for example, and we are completely fine. Threat avoided. Whew!

Grim and dark is more visible on bright white

It needs to be said once again - we all like to feel that everything is going fine. It empowers us and allows us to form a strategy upon which to lead our lives. And as other research by Trussler and Saroka stated, “most of us believe we're better than average.” One implication of that statement is that it creates a pleasant view of the world - making us believe that not only is it fine at the moment, but it will be fine until the end. By creating this pleasant view of the world, we unconsciously create a light background on which the negative news stands out even more prominently.

Why do search results appear negative?

Ordinary people doing extraordinary things, extraordinary people doing marvelous things. This is the true state of the world, but that state isn’t reflected in search results. Why not? Because we are far more inclined to react to ordinary people doing stupid or bad things because of everything previously stated. It grabs the attention much more easily, and it provokes a deeper and stronger reaction in our brain. One side effect of this pattern, combined with “better than average” syndrome, is the growing trend of people reacting negatively to people who don’t like good news. For example, if you prefer to watch the viral video rather than an inspirational story about the extraordinary and marvelous, you are a bad person. Moral high ground has always been a safe haven for the ordinary.

Although not previously mentioned, clickbait is probably the epitome of negativity. Clickbait headlines are headlines that are psychologically geared toward making people click on them. They offer unanswered questions, shock, or seemingly "must know" information in the headline to get you to click. And clickbait wasn’t invented by Viralnova or BuzzFeed. It has been there since the dawn of news. We won’t even go into the comparison of what is good or bad clickbait, since all clickbait is negative in that it tricks you into responding to the news story with much higher expectations. You just absolutely need to know what’s that ingredient in your donuts that is leaving thousands of people homeless. Knowing that your snack puts people in harm’s way is an instant call to action, and as such, you need to react instantly. By clicking on the news story, of course.

All in the complexity

As Tom Stafford wrote in an excellent article on this topic posted on BBC in 2014: “Our attraction to bad news may be more complex than just journalistic cynicism or a hunger springing from the darkness within.” Reacting to negative news doesn’t make us bad people. Understanding the need to diminish the uncertainties that overwhelm our every-day life might bring us closer to not feeling bad for reading negative news. After all, they might make us feel better, and every little bit helps.

Reputation X is happy to provide interviews, strategies, or even just answer that burning question you've always had about online reputation management. Call us or use the form below "request an expert analysis".

The impact of company image on corporate reputation
by Reputation X

Can reputation be insured?
by Reputation X

Highlights Your company’s reputation is arguably its most valuable asset. 63% of your market value ... ... Read more

A reputation analysis examines the way online content reflects the sentiment of your brand. A SWOT ... ... Read more 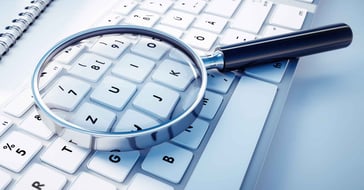 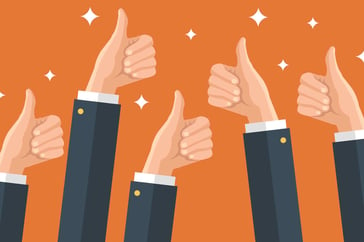 Consumers of all ages and walks of life are turning to the internet first when they want to learn ...

It is possible to remove, de-index, or bury search negative search results In the online world, ...