Augmented reality is a data-overlay over the real world that usually takes place as goggles. But how could augmented reality take the mental-bubble model to extreme limits?

Microsoft recently won a contract with the US Army for augmented reality. This can help peacekeepers and warriors do their jobs more efficiently. But what happens when AR makes it into the everyday lives of regular people? Taking the WSJ's article about the difference between conservative and liberal Facebook feeds a few steps further we could end up with burqa's overlaid over every woman's body through the magic of augmented reality.

Your very own reality, right down to the fish

In the best book ever written, The Hitchhikers Guide to the Galaxy, Trillian said to Zaphod “The last planet was knee deep in fish.” “Fish?” said Zaphod. “Some people like the oddest things.” Augmented reality can give you a whole planet knee deep in fish; which would be great for both penguins and Troy McCLure.

Meanwhile back on earth... a WSJ article showed the difference between the Facebook feeds of conservative and liberal people. The difference in Facebook reality was stark.

No wonder [insert opposite political affiliation] weirdos think that way! Conservatives get to see the world the way they like it, and liberals the same via Facebook personalization. Widespread augmented reality will do the same but overlay it over the real world.

Each user will get their very own version of reality built just for them. Want fish laying all over the place? No problem.

A virtual burqa for every woman

The not very nice people at ISIS headquarters have a worldview that is shockingly different than most people do. In a piece about "Why We Hate You" they outlined just what it is about the West they loathe. The takeaway: what they want is totally impossible and equate to "forever war", but now there might be a solution: augmented reality.

Imagine augmented reality software that automatically overlays burqa’s over the bodies of every woman on the street. The faces of non-believers (pretty much everyone) are replaced with devil emojis, and every church becomes a mosque. Heaven, right? Hey, why not? I mean... if that's what you're into.

With augmented reality everyone will literally get his or her own worldview. It's Facebook on steroids.

Privacy in the new world of augmented reality will be pretty much gone. William Gibson's book Virtual Light touched on the ability of glasses to show us things others may not want us to see. In the book the wearer could wear the glasses and see future real estate development information overlaid on the real world. Information people would kill for. But let's take that idea just a bit further. Imagine wearing glasses that use facial recognition combined with strong artificial intelligence and search engine technology to float private information about people over their heads as you stroll down the street.

You could choose to overlay credit ratings, sexual preferences, income, Tinder profiles, or fetish information. Anything available online is game, and in today's post-privacy world fueled by artificial intelligence, Google and dark web search engines will serve up just about anything you ask. Tomorrows target-rich environment (hint: you're the target) will combine unlimited data, Internet of Things (IoT), artificial reality and more. They may completely break down the last vestiges of privacy for those who can't afford to protect themselves.

Maybe not though. Maybe privacy in the future will be totally protected for everyone. You believe that, right? Of course you do. :-)*

Today’s version requires clumsy hardware sitting between the user and the data, but tomorrow the hardware will become invisible. Current systems like Oculus or HTC Vive make people look like giant bugs. But the newest craze Pokémon Go! uses only a phone. These and similar technologies will combine computers, cameras, telecommunications and other nifty technology to integrate multiple planes of information over the world as we know it. When strong artificial intelligence matures it will meld with shrinking technologies to create a personalized reality for everyone. Eventually the hardware will shrink to the size of a contact lens or even an implanted bionic eye.

Children might be raised with an augmented reality data-overlay from a young age. There may be no way around it because kids without it could fall behind as they breathlessly try to keep pace with an ever increasing fire hose of information they must absorb to stay competitive. Besides, imagine playing Pokémon Go without having to hold a phone in your hands. Instead we'll all look even more like crazy people as we try to grab imaginary animals in the park with our bare hands.

At Reputation X we're in the business of trying to reverse or prevent the damage done by unsupervised artificial intelligence-based search engines trashing reputations, so we're putting a lot of thought into the next threat. We think augmented reality may be one of those threats. Still, we're looking forward to it because, well, it sounds really cool.

Much like Facebook can distort an individual's feed to reflect their political views, AR can collect information on what the user is doing or seeing. This can lead to creating a version of reality build just for each individual person.

How can AI affect your reputation?

Artificial Intelligence can help you manage your business in a better way and reduce the number of bad reviews. It is now increasingly employed in managing business reputation to reduce human error, manage time, and improve efficiency.

*The author apologizes for his snarkiness... sort of.

Special thanks for Tessa Kaplan of Publicity.ai for help with this article.

Sometimes online reputation projects don't work. There are a number of reasons for a project not ... 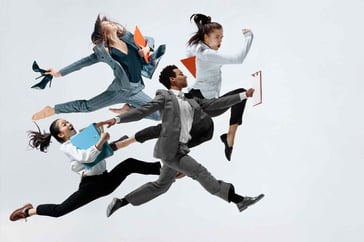 Market websites other than your own. Most marketers understand search engine optimization (SEO) to ... 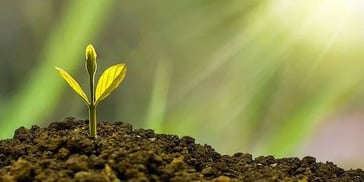 The ultimate guide to corporate reputation

“It takes 20 years to build a reputation and five minutes to ruin it. If you think about that, ...